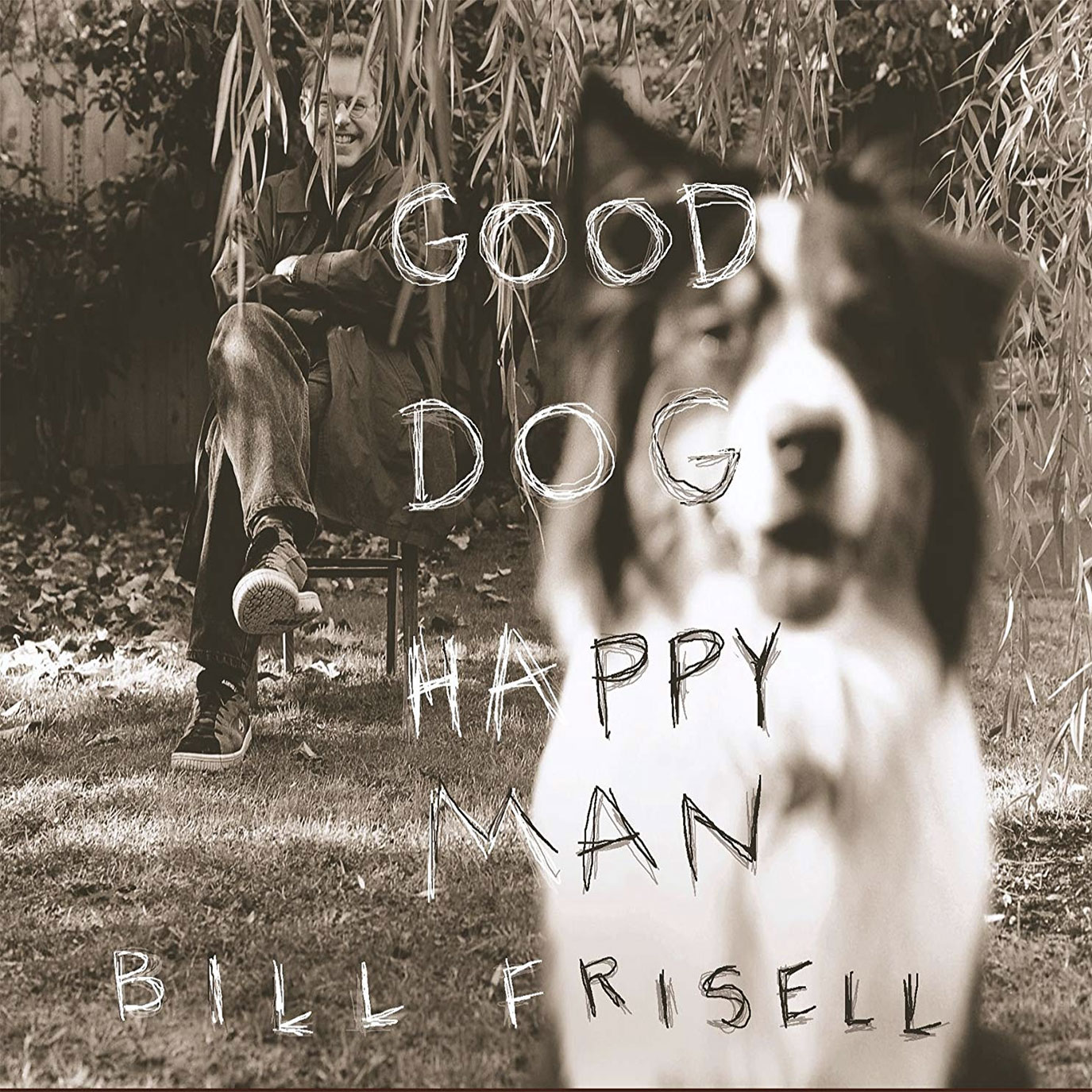 “Bill Frisell makes such consistently great records that it would be easy to take the guitarist for granted. That would be sad, since no one refracts age-old Americana through a cutting-edge prism with the warm-hearted, fleet-minded individuality of Frisell. With “Good Dog, Happy Man,” he has crafted one of his earthiest essays yet – a sort of funky follow-up to his sublime “Nashville” album from 1997. Backed by an ultra-hip band – pedal-steel artisan Greg Leisz, bassist Viktor Krauss, organ grinder Wayne Horvitz, and drum legend Jim Keltner – Frisell has forged originals whose folky melodies and big-sky grooves make them seem like old friends in snazzy new clothes. Tellingly, the outfit channels the traditional “Shenandoah” with Ry Cooder in tow, and its sepia-toned melancholy pairs perfectly with Frisell’s dusty ballads, like the gem “Cadillac 1959.”
– Billboard

“As a composer, Frisell seems to have located his center. Once as eclectic and mercurial as downtown New York contemporaries like John Zorn, he now devotes himself to building seamless and personal collages of 20th-century Americana. The only cover on Good Dog is a shimmering meditation on “Shenandoah,” performed here as a duet with an exceptionally introspective Ry Cooder, but all these tracks are derived from folk and folk-jazz and blues sources. And all of them glow.”
– LA Weekly

“Frisell and company focus on the subtleties inherent in groove music, like the way textural variation can push a slow moving melodic line to another level without having to wait for the chords to change.”
– Baltimore Sun