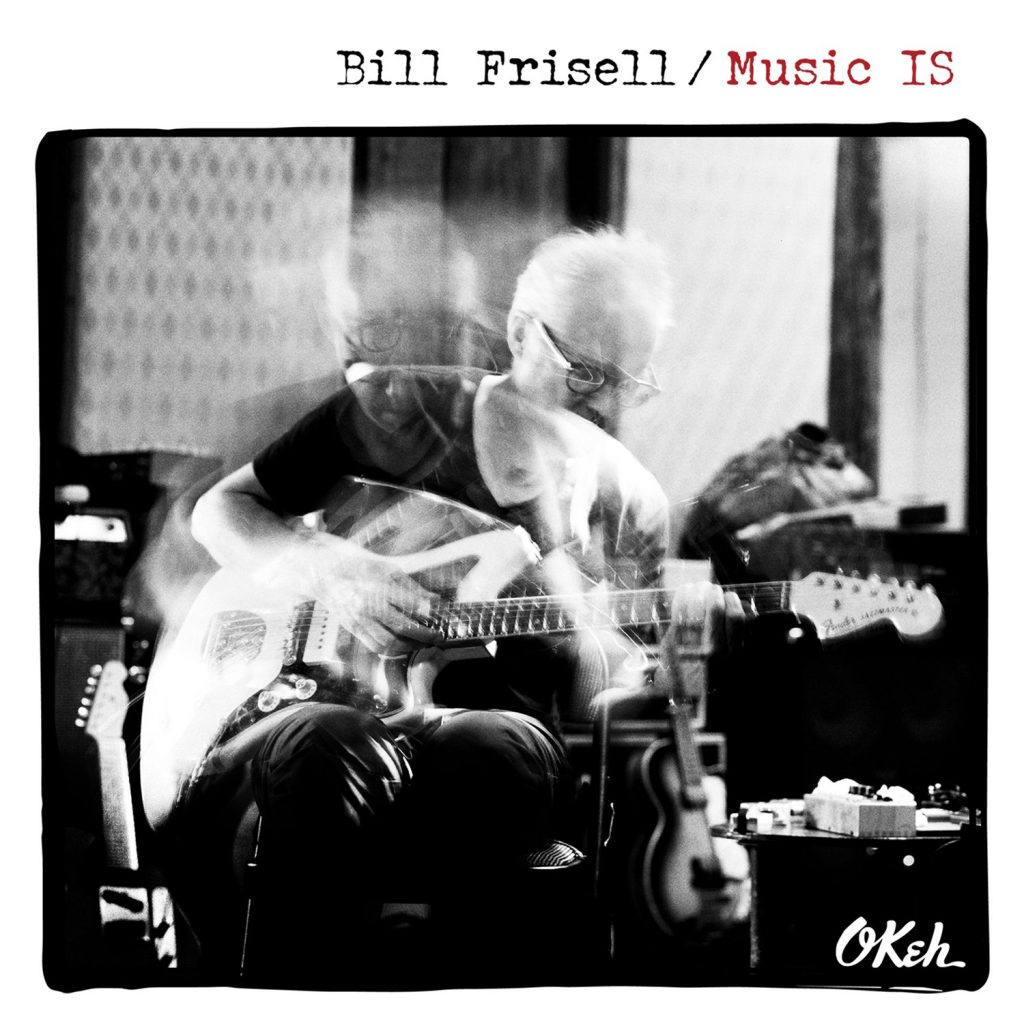 Bill Frisell’s Music IS is his first fully realized solo album featuring composed material since the making of Ghost Town, released on Nonesuch, over twenty years ago.

“Playing ‘solo’ (alone) is always a challenge”, Frisell says. “For me, music has all along been so much about playing with other people. Having a conversation. Call and response. Playing all by myself is a trip. I really have to change the way I think. In preparation for this recording I played for a week at The Stone in New York. Each night I attempted new music that I’d never played before. I was purposely trying to keep myself a little off balance. Uncomfortable. Unsure. I didn’t want to fall back on things that I knew were safe. My hope was to continue this process right on into the studio. I didn’t want to have things be all planned out beforehand.”

Recorded in August, 2017 at Tucker Martine’s Flora Recording and Playback studio in Portland, Oregon and produced by longtime collaborator Lee Townsend, all of the compositions on Music IS were written by Frisell, some of them brand new – Change in the Air, Thankful, What Do You Want, Miss You and Go Happy Lucky – others being solo adaptations of now classic original compositions he had previously recorded, such as Ron Carter, Pretty Stars, Monica Jane, and The Pioneers. In Line, and Rambler are from Frisell’s first two ECM albums.

Frisell explains: “Lee Townsend and Tucker Martine are two of my longtime, closest, most trusted musical brothers. We’ve been through thick and thin. They clear the way for me to just PLAY. When we got to the studio I brought a big pile of music and we went from there. Let one thing lead to the next. Trust the process. In the moment. We mixed as we went along. The composing, arranging, playing, recording, and mixing all became one thing.”

The focus of Music IS is on the telling of musical stories from Frisell’s original and inimitable perspective. Some of the interpretations being naked, exposed and truly solo, while others are more orchestrated through overdubbed layering and the use of his unparalleled approach to looping.

Frisell concludes: “I knew from the beginning that I wanted to record my own compositions. In the past few years I’ve done so many projects playing other people’s music. (John Lennon, Guitar in the Space Age, When You Wish Upon a Star, etc.) It’s wonderful ….and seductive. That’s how I learn. I could spend the rest of my life studying Burt Bacharach….or Charlie Parker…or Bach…or? Never ending. But, it was time to get back to my own stuff. What ended up on this album were a variety of pieces. Some brand new and some from way far back. ‘In Line’ and ‘Rambler’ are from my very first recordings on ECM. I’ve been plugging away playing music for more than fifty years now. I’ll never figure it out. One of the amazing things about getting older is being able to revisit things that I heard or played long long ago. There’s always something new to discover, something to uncover. New pathways open up. If I’m really lucky I might even realize that I’ve learned something along the way. It’s far out looking at my own music though this long lens.”

Music IS. The end result is Frisell at his most distilled and fully realized.