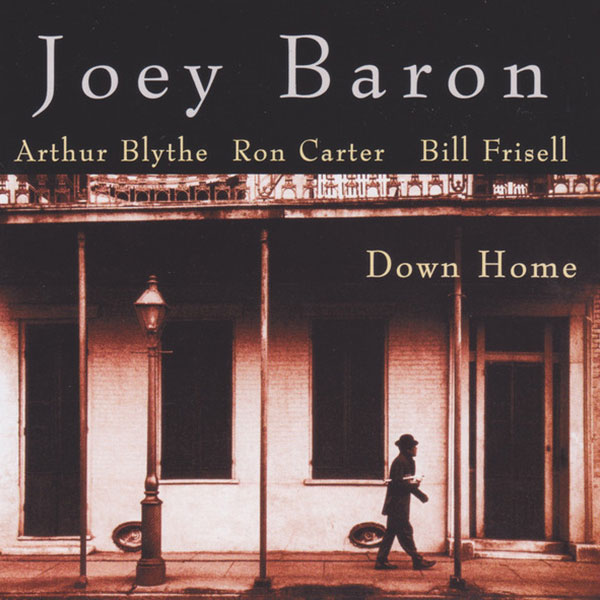 All compositions by Joey Baron

“The most intriguing ensemble of the season,”(New Yorker) “is not only all-star, but fascinatingly so.” – Village Voice.

“In his work with John Zorn and in his own band, Barondown, it is drummer Joey baron’s deep sense of groove and greasy funk that lends weight to his witty dances with chaos. On “Down Home,” Baron flips the coin and brings his Southern roots to the fore, with eight melodic, soul-jazz tunes full of groove. At first, it sounds very familiar – the bluesy alto, the chunking rhythm guitar, the James Brown vamps. Not to worry, Baron’s humor and weirdness aren’t gone, just shifted to the background. What sounds at first like another typical jam proves to be in a non-standard time signature: James Brown with the hiccups. On the disc, Baron may eschew the falling-down-the-stairs percussion style that has made him the darling of the avant-garde, but he is still composing melodies that are as daring as his chops. Ron Carter’s acoustic bass lends an acid-jazz attitude to the proceedings. And to ensure that the familiar never becomes commonplace, Baron has employed the like minds of saxophonist Arthur Blythe and guitarist Bill Frisell, both of whom work well in this “out there-meets- “down home” context.”
– Michael Ross JAZZIZ