Rinde Eckert – Do the Day Over 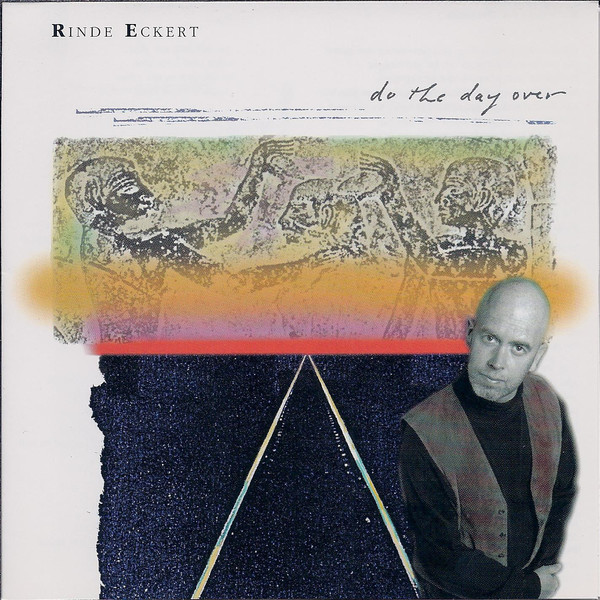 All compositions by Rinde Eckert except Ring Them Bells (Bob Dylan) and Waltzing’s for Dreamers (Richard Thompson). I’m Lost Without You by Rinde Eckert and Bill Frisell.

“Rinde Eckert is a strong male vocalist, and the style and sentiment of his songs are drawn from the inner strength of white steepled churches, the heroism of social revolutionaries, and the chivalry of a knight. “I Will Shelter You” is a powerhouse of a you-can-lean-on-me ballad. “Lullaby” is a dynamic appeal to keep our sons from guns. Though much of the music is rooted in solid choral structures, “Roll on Green River” builds with rock ‘n’ roll chaos, where even still waters flood the homelands. Eckert resists this onslaught with a forceful operatic baritone. On the journey you’ll also encounter two country-western waltzes, a rough blues, and a romantic ballad with just a touch of tango. This album is arresting and original.

“Rinde Eckert is one of the more enigmatic vocalists of the decade, with semi-operatic style of a turn of the century American parlor singer and the edgy attitude of a New York downtown new music scenester. Like Bill Frisell in recent years, Eckert is looking for a new American music that harkens to early history and then expands on it. Do the Day Over is his most approachable, song-centered recording yet, which is not to say easy or pop. But he has taken some familiar songs by Richard Thompson and Bob Dylan and added them to his own original repertoire. Eckert’s ear for folk music has always been uncanny, and his ability to breath new life into these familiar melodies is distinctive.”