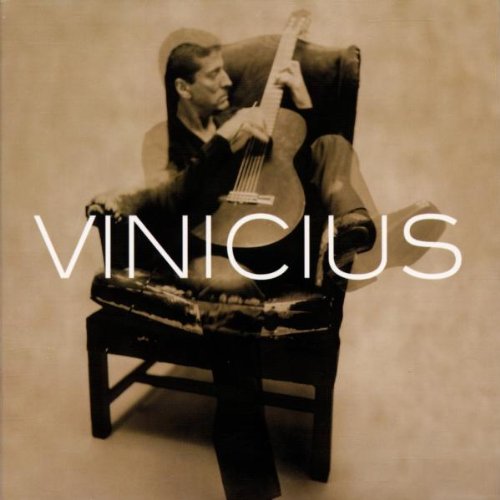 Maybe the changes started when Caetano Veloso cut “Billie Jean,” more than 15 years ago. The sensual poets of poise were coming north from Brazil, messing with the doctrines that long controlled bossa, samba and their offshoots. “We lust/art glows/the evening falls,” Veloso sang a cut or two before uniting Michael Jackson’s chart-topper with Paul McCartney’s “Eleanor Rigby.” Heads turned, and the modernization process has continued ever since. Spin through recent jewels like Bebel Gilberto’s Tanto Tempo, Marisa Monte’s Memories, Chronicles And- Declarations and Moreno Veloso’s Music Typewriter and you’ll hear one of the globe’s most recognizable roots musics being gracefully psychedelicized. Over the last five years, Vmicius Cantuaria has also added some very tasty stimulants to the punch bowl.

The music’s level of intimacy is acute. Bossa nova and samba do fueir jobs in a hushed way, of course. Part of their attraction is fue fact that, in the hands of experts, it only takes a murmur and a strum to elicit a visceral response. Cantuaria doesn’t change fuat part of the deal. Caetano Veloso sings on “Aqua Rasa,” and his exchanges with his partner are all breathy utterings. At one point a question is raised in the lyrics: “Where did sound go?” The picking of a guitar in the background sug- gests a tide pool filling up.

A stellar cast assists fue leader furoughout the record. David Byrne coos, Bill Frisell glis- tens and Brad Mehldau tinkles. But no musician contributes as much or impresses as deeply as Cantuaria himself. Half of the enchanting “Clich~ Do Clich~” is given over to fue guitarist’s fuoughtfully parsed ruminations. A stretch of oddly arranged notes, all plunked in the lower register, all judiciously chosen without being fussed over, circles back on fue subject at hand: a warning against prosaics swamping a romantic relationship. Cantuaria has definite thoughts about how his music should be built, and again and again, one action tips off anofuer.

Counterpoint is one way Cantuaria beats the old school system. “Ordinaria” has a galloping cadence provided by Paulo Braga’s brushes as well as some well-placed fuumps by the boss’s bass keybs. But the tune itself-meaning the melody ~d the song driven by the melody- has a drifty feel. It floats. Behind that push/pull feel is Jenny Scheinman’s earthy violin drones, italicizing various sections of the verse. The effect is sinuous and kaleidoscopic. The shifts are built into fue forward motion.

Such strategies prove why arrangements are at fue center of Vinicius. Cantuaria demands his unusual instrumentations and computer quack- ery unite to enrich the mood at hand. Surprisingly, he doesn’t miss once, and that impressive success rate tells us fuat orthodoxy is ready for a good goosing every once in a while. -Jim Macnie
**** Downbeat Magazine – June 2001